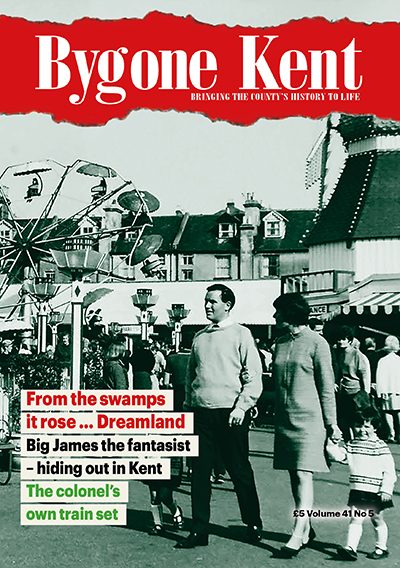 Hogarth’s progress: The satirist William Hogarth joined four friends for a Kent tour over five days in 1732. They had a jolly time mainly drinking, eating and fooling around. By Neil Holman

It rose from the swamps to become ... Dreamland: The Margate amusement park, which is 100 years old, holds happy memories for so many, but it has not been a century of pure fun. By Tamara Rattigan

Boy pilot died with beauty in seaside horror: They hardly knew each other, but they perished together as their monoplane fell into the sea. The cause remains a mystery. By Andrew Rootes

Big James and his Kent hideout: Much about the foghorn-voiced actor James Robertson Justice’s life was exaggerated or plainly untrue. But we do know that he fled to Upchurch. By Mike Gunnill

The colonel’s own train set: A strict but fair soldier, the son of Pre-Raphaelites, built a 500-mile network of railways using recycled stock and basic stations. Some of his work can still be seen. By Dana Wiffen