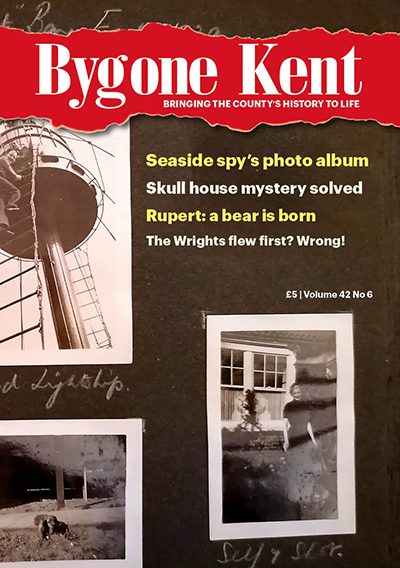 Whose bones? Early historians believed skulls in the Hythe ossuary were victims of a great battle in Kent, but the truth is far simpler

New chapter: historian offers help to save Dickens chalet from an unhappy ending

A bear is born: a century ago, the press baron Beaverbrook ordered a comic strip as part of his circulation war. And so Rupert was created by a Canterbury artist

Just one bomb: it was not just the tragedy of 15 people killed by a mine. Old Sturry never recovered

Spies by the sea: she was a model and her lover was a spiv. They were jailed as enemy spies

Bring me sunshine: the cottage where H. E. Bates brought the Larkins to life

History takes off: nine years before the Wright brothers, an inventor’s steam-driven machine flew on the borders of Dartford and Bexley

Sea airs and graces: Cliftonville in its post-war pomp